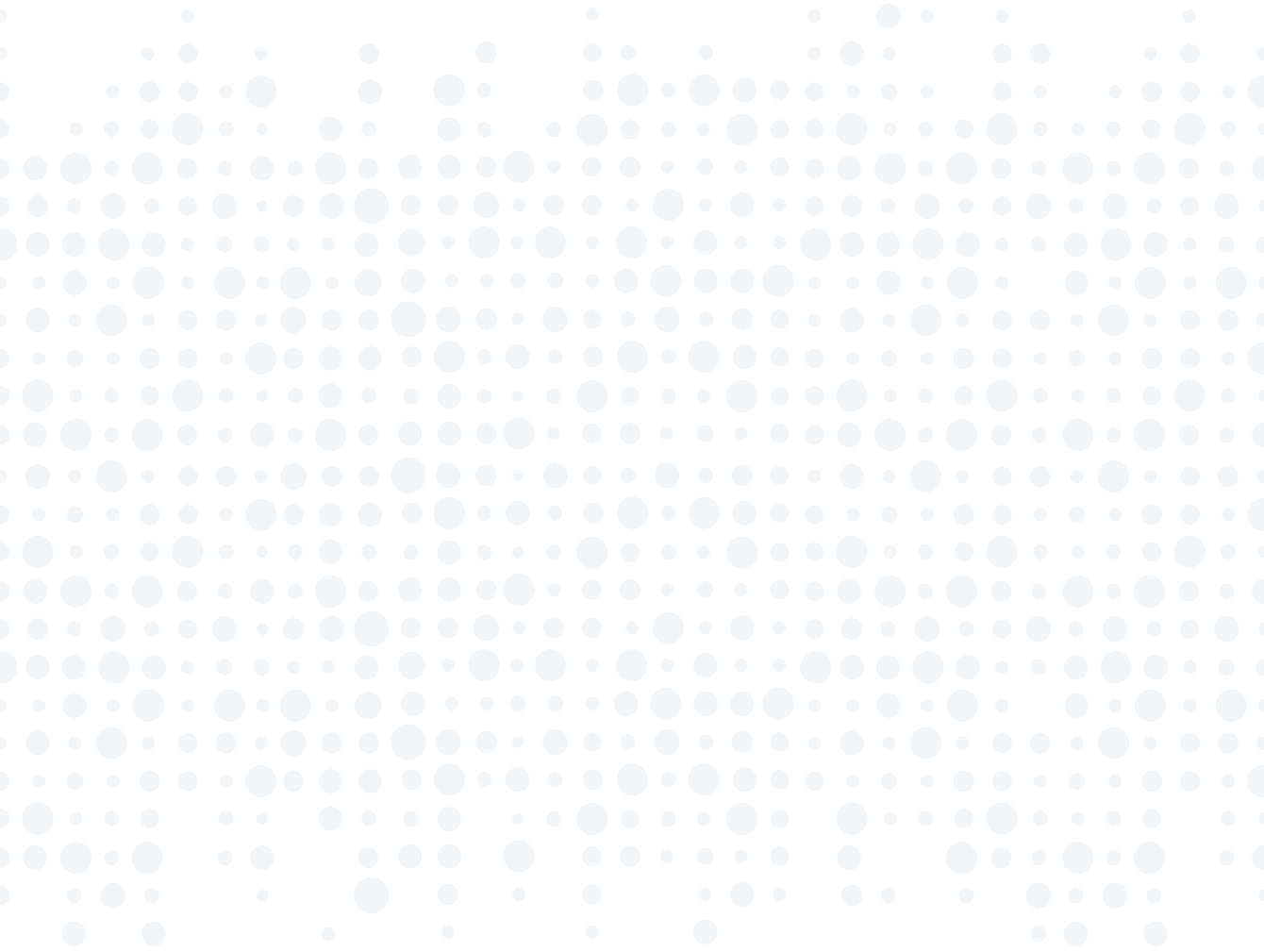 Entrepreneurs new to the business world may need to learn how the working world tracks time. Business days are used for measuring delivery dates, contract times, deal closings, etc. Whenever a situation arises in which two parties need to agree on a time, it's crucial to understand business days.

This article provides a comprehensive guide to business days – their history, usage, and prevalence globally. We'll also explore recent attempts to change the number of business days in a workweek and answer some common questions about this topic.

Most business days are during the week, from Monday to Friday. They can also be called working days or "weekdays." The exception is public holidays. But different parts of the world have different customs when it comes to workdays.

Some cultures consider Friday and Saturday to be the weekend, while others only have one day off from work each week. In the business world, financial markets usually use business days to decide how long a contract will last. Similarly, in the world of real estate, it is customary for agreements to include a stipulated amount of time, usually expressed in business days, to finalize a sale, schedule inspections, and so forth.

If you order a package on Friday, it will take three business days to arrive--but that doesn't mean it will come by Monday. A business day is any day from Monday through Friday, so if you factor in the weekends, your package won't come until Wednesday at the earliest.

How Many Business Days are there in a Year?

There are only 260 working days in a year, except for leap years. In 2019, for example, there were 261 working days. This factors in both weekends and public holidays. The number of business days varies annually and depends on whether or not the start or end date of the year falls on a weekend. There is also an exception for leap year, which eliminates a day of the year every four years as configured by the Gregorian Calendar currently in use.

Even though some cultures follow their own calendar, most workers stick to the 365-day annual calendar. Some businesses tailor their calendar around the fiscal year to measure how well the company did performance-wise compared to the previous year. Depending on what a business or industry decides, fiscal years can go from January to December, along with the standard calendar year.

How Long Are Business Days?

The number of hours in a business day varies depending on the geographical region, company, and industry. For example, in the United States and other Western countries, the standard length of a workday is eight hours.

Business hours around the world generally fall between 9 a.m. and 5 p.m., as defined by Coordinated Universal Time (UTC). Many businesses have a workday that is 10 hours long, and some people even work night shifts.

Many businesses use the term "business day" to mean a 9-to-5 workday, with 5 p.m. as the end of the business day. In finance in the United States, a business day usually refers to when trading is happening on the New York Stock Exchange — from 9 a.m. to 5 p.m., Eastern Standard Time.

The workday schedule for people in the Central, Atlantic, Mountain, or Pacific time zones depends on their industry. For example, many businesses operate on a 9-to-5 schedule regardless of their location. However, people employed in the financial markets may stick to a 9-to-5 Eastern Time schedule so they can align with when the stock market is open.

Financial workers who trade in foreign exchange markets often do so across different time zones. They will open and close their trades whenever the market is open in the corresponding city, whether that be Beijing, Rio de Janeiro, Mexico City, New Delhi, Seoul, Kuala Lumpur, or St. Petersburg.

Do Business Days Vary in Different Parts of the World?

The definition for business days and workweeks varies considerably across the globe. These discrepancies can be traced back to that country's labor practices, customs, religious observances, etc. Take America and Europe, for example; they have a Saturday to Sunday weekend because Christianity sees Sunday as a day of rest.

The Sabbath day of rest in the Jewish tradition is observed on Saturday, whereas in the Christian tradition, it is Sunday. Because of this, Israel has a Friday to Saturday weekend and resumed work on Sunday. However, prior to the 19th century, most people worked every day except for the day designated as worship within their respective religion.

It wasn't until the Industrial Revolution that people began working long hours and weekends became popular. According to history, one of the first large companies in the United States to make this change was Henry Ford's company. Back then, they moved from a workweek consisting of 40 hours instead of 60+.

Although it's not as commonplace, the one-day weekend is still observed in some places. For example, Nepal has Saturday off, while Djibouti, Iran, Palestine, and Somalia have Friday as their day of rest.

Recently, there has been a lot of discussion surrounding the ideal number of days for a workweek. Some businesses have started to test out four-day workweeks instead of five, contending that employees are more productive on those four days.

In 2018, a New Zealand accounting firm, Perpetual Guardian, reduced its workweek from 40 hours to 32. Employees only had to come in four days out of the week. The effects were studied by two researchers who looked at data from the company's 240 employees.

The researchers found that productivity improved when the workweek was shorter, with employees reporting a 24% uptick in work-life balance. A similar study conducted in Sweden reduced the workday from eight hours to six and found that people got just as much done — if not more.

This concept isn't novel, either: In France, they decreased the workweek to 35 hours in 2000.

A public holiday is a day when people are given time off from work. In some cases, it might be the only day off that employees get in a week.

What Are Bank Holidays?

A bank holiday is a day when banks and other financial institutions are closed. In most cases, these holidays are also considered public holidays.

Bank holidays usually occur on the same days as public holidays, but there are some exceptions. For example, in the United States, Christmas Day is a bank holiday, but Boxing Day is not.

What Is a Workday?

A workday is any day of the week that is not a weekend or a public holiday. In most cases, a workday is considered to be Monday through Friday.

However, there are some exceptions. For example, in the United States, Thanksgiving is not a workday, but the day after Thanksgiving (known as "Black Friday") is.

The number of hours in a workday can vary depending on the country or region. In the United States, the standard workday is eight hours, while in France, it is seven hours.

In some cases, the number of hours in a workday can be flexible. For example, some employees might have the option to work four 10-hour days instead of five 8-hour days.

What Is a Workweek?

A workweek is a unit of time used to measure the amount of time someone works. In most cases, a workweek is considered to be Monday through Friday.

The number of hours in a workweek can vary depending on the country or region. In the United States, the standard workweek is 40 hours, while in France, it is 35 hours.

In some cases, the number of hours in a workweek can be flexible. For example, some employees might have the option to work four 10-hour days instead of five 8-hour days.

If I Order Something at 7 p.m. on a Weekday, Will It Come the Next Business Day?

It all depends on the shipping method you choose. For example, if you choose overnight shipping, your order will come the next business day. But if you choose standard shipping, it could take a few days.

So, if you need your order to come immediately, choose a shipping method that will get it to you quickly. Wondering how to trademark your brand name? Here's everything you need to know, from what's involved in the application process to protecting your trademark.

How to Trademark a Brand Name Being a photographer is so much more than just taking pictures; it's a business. So, learn today how you can elevate your branding today at .inc!

Branding For Photographers: 10 Steps to Build Your Brand Learn how to take over inactive or abandoned accounts on Instagram. It's easy and inexpensive to claim a username that hasn't been used in a while.

Other Articles That May Interest You GET YOUR .INC DOMAIN BEFORE IT'S GONE!

Get the perfect domain for any stage of your business’s growth.